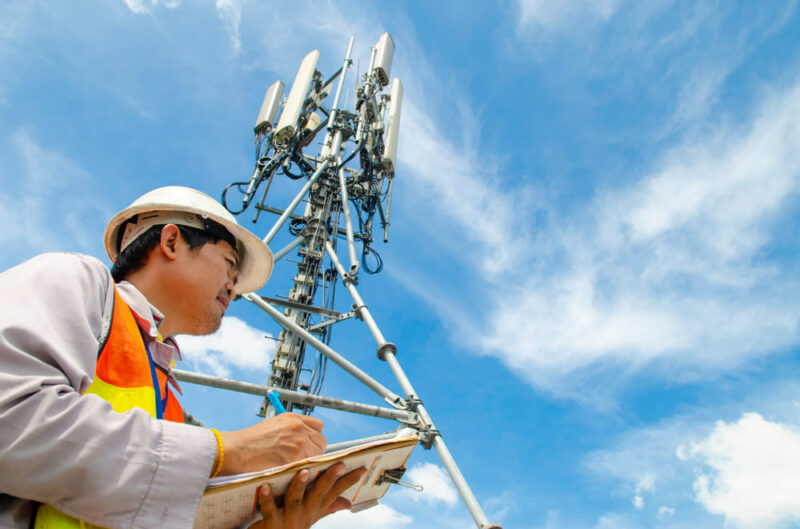 You must have heard of telecommunications or telecomm before, right? This term is used a lot nowadays, but usually with a very broad approach, and thus it can be hard to understand what it means or what it refers to.

For starters, you should know that the term comes from the Greek “Tele”, which means distance, something far. So telecommunication is the transmission of messages between distant locations.

This might mean two-way communication – when both sides receive and send information -, but that is not a rule. In more practical terms, telecommunications are part of our routine when we use the internet, for example, or a phone network, or TV – any distance communication medium.

Telecommunications play a role in our daily lives, so it’s worth learning more about the subject. How about we do this now?

What is the telecommunications sector?

According to data from the Brazilian Telecommunications Association, in 2018 there were over 229.2 million mobile phones in the nation, as well as 31 million broadband subscribers and 17.6 million TV subscribers.

As you can imagine, this is a very dynamic market segment, where innovation is imperative for development.

However, it is also a highly regulated segment. Since 1997, with the creation of the General Telecommunications Law, all telecommunication activities in Brazil must comply with quality requirements defined by Anatel.

What is the importance of telecommunications?

Telecommunications are an essential element in the integration of a country, especially when the country in question is as large as a continent, like Brazil.

Telecommunications are responsible for ensuring there is a communication stream between different points in the territory, circulating news, data and other relevant information.

Due to its sheer size, Brazil is a country that needs to pay redoubled attention to communication. It is a fact that for a long time, research in the segment was limited, which compromised the technological development of the telecommunications sector.

In spite of that, the country saw a few innovations, implemented in the past few years, which help the population communicate more effectively. Some of these technologies are optical fiber, the inductive card public systems, broadcast and cable TV, and the popularization of mobile phones.

What are the main challenges?

Nowadays, telephone companies are ranked amongst the worst services, according to data published by the Customer Protection and Defense Program (Procon).

Sometimes the quality of the service is affected not only by a company’s commitment but also by structural factors caused by the lack of efficient public policies ensuring democratic access to telecommunications services such as mobile internet, for example.

This issue is increasingly relevant as the demand for these services grows every year. According to data from the TIC Homes Survey, people who use the Internet in Brazil represent 70% of the population, 126.9 million citizens total.

The telecommunications market in Brazil is constantly developing and expanding. With the advent of new technologies, new demands and market niches also arise.

Understand some of the main tendencies in Brazilian communication here.

5G was much anticipated by the telecomm sector. Some companies are already moving to implement this new technology, and this might also accelerate consumer’s adoption.

With the growing complexity of communication networks, it is natural to see the demand for stronger safety solutions also growing. This trend is already a reality in some instances, but the main data protection measures are:

Automation is present in various sectors of the economy, and telecommunications is no different. The intention behind automating operations is to make communication more agile and predict management failures, minimizing the impact of human interference over this process.

Automation may also mean lower costs for telecommunications companies and a greater potential for innovation in the sector.

National Plan for the Internet of Things (IoT)

Data raised by important companies in the market estimate that IoT – the Internet of Things – might generate as much as US$ 200 billion starting in 2025, just in Brazil.

The country is an international reference in the subject, having created the National Plan for the Internet of Things as an initial step to implement the system in 2016. The project is funded by the Ministry of Science, Technology and Innovations MCTIC, and by the National Economic and Social Development Bank (BNDES).

IoT-related services are expected to offer great benefits to the population, increasing the offer of digital services as well as hardware and software.

For a country like Brazil, with an extensive territory and great diversity in the population, telecommunications are an essential service. Television, telephone, and internet are only some of the services offered by Brazilian telecomm companies, helping integrate information exchanges between different parts of the nation.

Despite its huge importance, the sector also faces many challenges. The lack of investment in infrastructure and research makes it hard to create an environment of constant technological innovation, a crucial factor for the development of this segment.

Regardless, we can still observe some relevant trends for the near future, particularly 5G technology, data protection, intelligent automation, and the National Plan for the Internet of Things (IoT).

If you’d like to find out more about this and deepen your knowledge of telecommunications in Brazil, check out other Master articles!